1/1
Oak Academy will reopen to all students during the week beginning Monday 8th March. This will be a phased return following testing. Full details can be found in our News Section below.
Oak Academy
Navigation 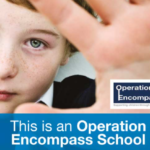 What is Domestic Abuse?

The new cross-Government definition of domestic violence and abuse from March 2013 is:

Any incident or pattern of incidents of controlling, coercive or threatening behaviour, violence or abuse between those aged 16 or over who are or have been intimate partners or family members regardless of gender or sexuality.  This can encompass but is not limited to the following types of abuse:

This definition, which is not a legal definition, includes so called ‘honour’ based violence, female genital mutilation (FGM) and forced marriage, and is clear that victims are not confined to one gender or ethnic group.

Controlling behaviour is: a range of acts designed to make a person subordinate and/or dependent by isolating them from sources of support, exploiting their resources and capacities for personal gain, depriving them of the means needed for independence, resistance and escape, and regulating their everyday behaviour.

Coercive behaviour is: an act or a pattern of acts of assault, threats, humiliation and intimidation or other abuse that is used to harm, punish, or frighten their victim.

‘YOU First’ aspires to a world free of stalking, domestic abuse and sexual violence and are dedicated to developing and delivering services that reduce harm and increase safety for all victims and survivors of domestic abuse – women, men and children. Click the link for support.